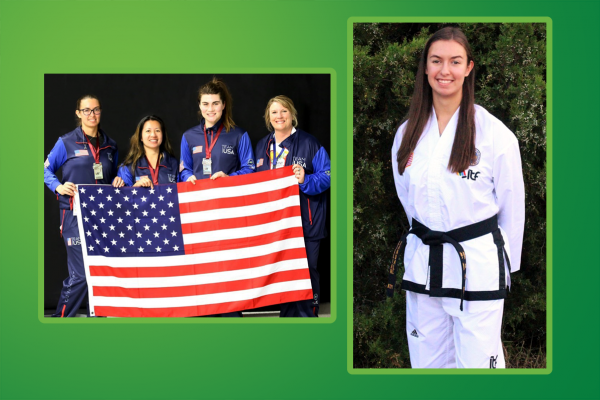 During the past year, Lillian Randall transformed her life into a cycle of dedication to her sport Taekwondo. This type of dedication included driving across the state to her hometown of Midlothian, Texas, for Taekwondo practice, heading back to UNT in Denton for classes, a campus job, and maintaining a strict diet while on the road.

“Due to the time I dedicated to training and traveling, I missed most of the times my friends were hanging out and I saw my family even less,” says Randall.

Calling it a balanced lifestyle might be stretch for Randall but it was certainly a delicate dance that helped her reach her second Taekwondo National Championships at the age of 20.

“I kind of knew going in what sort of sacrifices I would have to make, for example, finding ways to save up money while still managing to pay living and school expenses. I can say that making those sacrifices is absolutely worth it,” says Randall. She credits both family and friends who were supportive, the entire time.

There’s more to accomplish according to the Linguistics major. She started Taekwondo at the age of eight after her friend introduced her to the sport. Randall previously tried lots of different sports and her parents encouraged athletic activities. She’s dedicated more than ten years to Taekwondo.

“I ended up loving it a lot more than I expected. It’s given me a second family and a way to continue to grow as an individual.”

During the summer Randall plans to attend a Patterns Seminar in Austin. She will also watch both her coach and a Team USA teammate test to advance their black belt ranks. Taekwondo related plans are on hold for the next couple of months. Mostly, Randall has plans to get back to work, take summer classes and spend some more time with family.