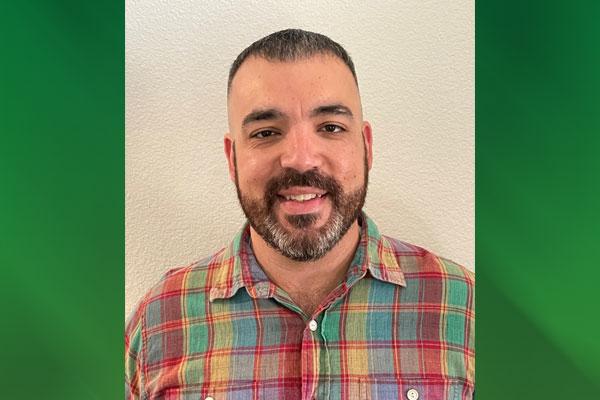 Jacob “Jake” Harris knows about service. He left college in 2008 to join the military and served in Iraq as personal security detail for the Lieutenant Colonel. After his time in the military, he became part of the civilian government working for homeland security for 8 years. He especially enjoyed working in U.S. Citizenship and Immigration Services, where he experienced the love that new citizens felt toward the United States.

Jake returned to college in 2020 and joined the College of Information to pursue a Bachelor of Science in Data Science. While taking Business Analytics in pursuit of his degree, he decided to also pursue a minor in mathematics. During his program, he took INFO 4050 with Clifford Whitworth, and he appreciated how Dr. Whitworth made the material engaging and established an easy rapport with the students in the class. This professor also advised him to take Learning Technologies 4550 online, focusing on Network Systems, so Jake eagerly signed up for the class.

This summer, Jake will engage in a full time, well paid internship with Ericsson, one of the leading providers of information and communication technology. Ericsson is headquartered in Sweden, but Jake will be working out of the Plano office, though mostly remotely. Jake says that there were so many internship opportunities to apply to on Handshake that he didn’t need to look elsewhere. After applying to several, this position came open. A big reason that the hiring manager was interested in Jake was due to his past military and civilian service. When I asked Jake what comes next when he graduates next December, he said, “Probably an MBA, but we will see where the road takes me.” His past experience, data science degree, and internship with Ericsson will certainly have prepared him for the next step on his path.