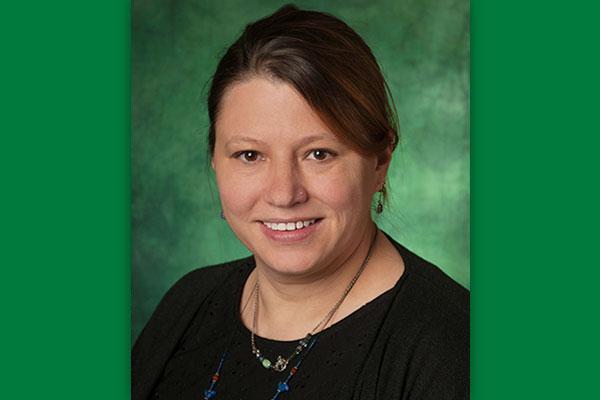 The College of Information celebrates Dr. Alexis Palmer of the Linguistics department on her CAREER award. Palmer is one of three researchers from the University of North Texas, who were awarded more than $1.5 million total in grant money through the National Science Foundation’s Faculty Early Career Development Program (CAREER).

National Science Foundation CAREER awards are granted to faculty within their first 10 years in a full-time college appointment whose scholarly products are considered to have had a high impact in their discipline and/or on society. Palmer, a computational linguist in the Department of Linguistics, received $550,000 for her work in the development of natural language processing (NLP) tools designed specifically for under resourced or endangered languages.

These tools will provide support to linguists and language communities for documenting and translating languages more quickly, while there are still native speakers of the language to work with. NLP tools use artificial intelligence (AI) to learn how to analyze a language through large amounts of training data. Palmer says the larger and more common the language, the larger the dataset for the AI to utilize. She is developing NLP tools that can learn from much smaller datasets to analyze smaller, less common languages. To do this, Palmer will develop new AI training methods which focus on using information from one language to predict how another language is constructed.