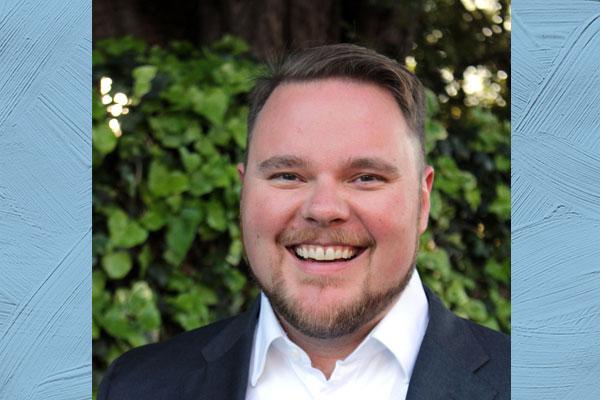 Kristopher graduated from UNT’s Department of Linguistics with an M.A. in Linguistics and a TESOL Graduate Academic Certificate in 2007 and then went on to a Ph.D. in Linguistics at the University of Pittsburgh, graduating in 2013. At that time, he also finished two Graduate Academic Certificates (Women’s Studies and East Asian Studies). He tells me that he was really interested in Sociolinguistics and had the chance to do some research in that field and teach classes on the subject along with other Linguistics classes. In addition to his native language, English, he speaks Spanish, French, Mandarin (intermediate level) and Esperanto (intermediate level).

Since graduating from the University of Pittsburgh, Kris has been a Lecturer and Programs Coordinator for the English for Foreign Students program at Stanford University as well as running his own language coaching business since 2019. Along with his many awards and honors, Kris has presented widely on topics from teaching and tutoring to diversity, equity, and inclusion. He has been a guest lecturer in numerous classes from language and sexuality to North American Indian Languages. And somehow with his teaching and administrative schedule along with all of his professional development activities, he still finds time to volunteer with TESOL and with student organizations and activities on campus.

As he remembers his time at UNT, he wants to thank Drs. Patricia Cukor-Avila, Shobhana Chelliah and Jenifer Larson-Hall for their encouragement. He enjoyed his practicum at the Community Center in Dallas and found that there was a lot to love about teaching international students. He remembers that when he started his program here, he was just back from France and was experiencing culture shock, but the insular community of the UNT world provided him a safe island through which to adjust. He also fondly recalls the lessons learned from Dr. Haj Ross. He says that Haj’s classes were memorable because everything he did was layered in fun and with passion. He had an energy that was both unpredictable and comforting. Kris appreciated Haj’s care of and empathy for students along with his burning passion for all things weird and fun. Kristopher’s time at UNT certainly contributed to his success and lead him down the path that has led to his current level of accomplishment.